In case you are just joining us, I have been writing a series on the keys to receiving answers to prayer.

And today I am introducing Key #4.

However, before I introduce Key#4, I felt led to write a disclaimer regarding these "keys"....

To be sure, we cannot manipulate answers to prayer.  God is not our genie in a bottle that will just answer if we rub Him the right way.

This series is not a complete list.  Certainly there are times God graces us with blessings without us asking.  Certainly there have been times I have received only by God's grace.  Other times we do not receive because God has something better for us.

This series began because I know there are some who feel like their prayers are bouncing off the ceilings.  Perhaps others are wondering why they are in the situation they are in and think that God doesn't care.  God doesn't want to withhold anything good from His children.  This list of keys is just a checklist to go over if you are praying for something and haven't received it yet.  You can go over the list just to be certain that God isn't waiting on you. 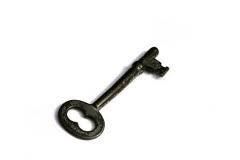 And whatever things you ask in prayer, believing, you will receive.  Matt 21:22

"For assuredly, I say to you, whoever says to this mountain, 'Be removed and be cast into the sea', and does not not doubt in his heart, but believes that those things he says will be done, he will have whatever he says.
Therefore I say to you, whatever things you ask when you pray, believe that you receive them, and you will have them."  Mark 11:23-24

You have to believe.  Faith is believing.  Doubting is the reverse of faith.  Fear hangs out with doubt.  These are two friends you don't want to be around.  When you fear, you are doubting that God will do what He said He would do.  Fear and doubt will keep you from receiving.  Imagine these two, fear and doubt, just holding hands enticing you to join them on their journey to keep you from receiving what God has for you.  Imagine it and flee from them! Run in the opposite direction to faith, hope and trust in the Lord.

James 1:6 says:
But let him ask in faith, with no doubting, for he who doubts is like a wave of the sea driven and tossed by the wind.  For let not that man suppose that he will receive anything from the Lord.

If you are thinking, "But, how do I know if what I am asking is God's will?"  Much of His will is in His Word. Read His Word and you will know His will in many areas.

Blessings to you,  I would love to hear your thoughts and comments on this series!

Email ThisBlogThis!Share to TwitterShare to FacebookShare to Pinterest
Labels: Prayer